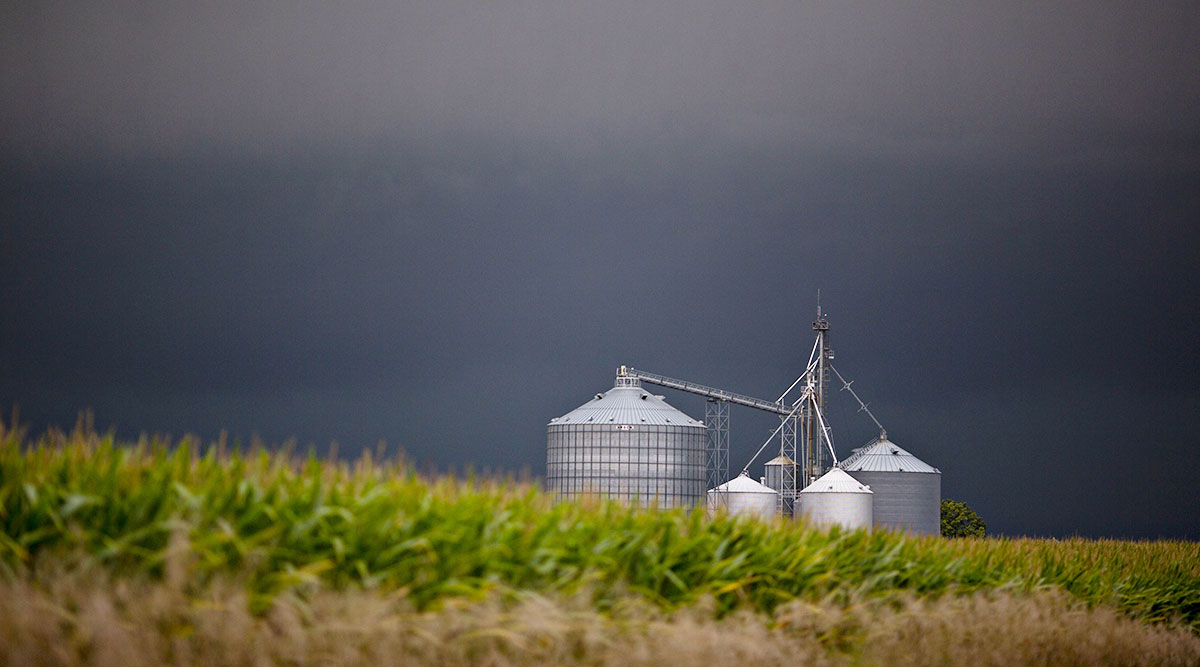 Why is the American Heartland and central United States the heartbeat of most tornadoes?

We've all heard the famous quote by Benjamin Franklin... "In this world, nothing is certain except death and taxes." While that rings true to this day, I propose to add an amendment to that list if you live in the Midwest/Central United States.

What else is certain you might ask? The third certainty in life –for us in the Heartland– is severe weather.

Why is it that the most severe weather in the United States, and even the world, seems to happen right in our backyard? Are we victims to an age old curse? Is it that reality doesn't equal our perception? Are we just unaware or under-informed about severe weather elsewhere in the world?

Fortunately, we are no victim to a curse. We just so happen to inhabit one region of the world where all the ingredients necessary for tornadoes and severe weather all occur together.

Notice how I said, "one region of the world". Because in fact, there are multiple areas across the globe that do experience their own "tornado alley". Just refer to Figure 1 to see how there is tornado activity also in Europe, Asia, South America, Africa, and Australia... basically every continent except Antarctica!

So, tornadoes and severe weather can and do occur outside of the United States; however, just like the tale of Goldilocks, conditions over the Central U.S. are just right for tornado development. Making it the epicenter of the most frequent and most severe weather across the globe.

So now that we've established that the United States' tornado hotspot is the most prominent hotspot for tornado activity across the world, specifically the central portion of the United States, let's look into exactly why.

While I was in college, I learned the acronym "LIMBS" which stands for the five 'ingredients' that contribute to thunderstorm development. LIMBS stands for: Lift, Instability, Moisture, Boundaries, and Shear. On their own, each ingredient doesn't do much. But the more of the five you have, especially in stronger quantities, the more likely you are to see tornado development rather than just a rain shower or thunderstorm.

We'll briefly dive into each ingredient and discuss why the Central United States is where these conditions are met most often across the globe.

Lift is just simply the rising motion of air... you can get this from many different sources, but the most common is from daytime heating or cold fronts moving through. Lift is common everywhere in the world, just a tiny cumulus cloud on a sunny day is a sign of lift. Whenever you see towering cumulus clouds in the summer, that is a sign of lift as well. On it's own, lift isn't a sure sign of severe weather on the way, but a lot of it is needed.

One hot air balloon is turned off, and all the air inside the envelope –the term for the area filled with air– is the same temperature as the ambient air. If this hot air balloon were a bubble of air, and it was lifted, it would resist moving up as it is still cool and denser. This means as soon as the 'air bubble' was no longer being lifted from an outside force, it would crash back to the surface since the envelope is deflated. This is an example of stability.

Now the other hot air balloon is turned on, and all the air inside the envelope is much hotter than the ambient air. If this hot air balloon were a bubble of air, and it was lifted, it would rise faster than the actual force lifting it would allow for. This means the 'air bubble' will sky rocket into the atmosphere until it either cools down or finally reaches a temperature that is equal to hot air balloon. This is an example of instability.

To connect lift with instability; anytime you see a small cumulus cloud, you are seeing stable air being lifted. Nothing interesting happens to stable air when it rises because it prefers to be close to the ground. But whenever you see a towering cumulus or cumulonimbus cloud, you are observing air that is unstable and being lifted. The air not wanting to stop rising will continue towering into the sky, which ultimately results a thunderstorm.

Moisture is a much needed variable for severe weather development. Remember all of my prior examples of examples of lift and instability? They all mention looking at the clouds for clues. Regardless of whether the air is stable or unstable, if you don't have moisture you won't have anything. So, needless to say, a source of moisture is crucial in severe weather development. The hot sandy dunes of the Saharan Desert for example receive a lot of sunshine and gets very hot. This creates lift and instability, but without the moisture in the air, a cloud can't form, and thus drop any rain.

In the theme of understanding how it takes ALL five, and not just one of the five ingredients for tornadoes, take note of a few things. If you know your geography, you'll notice that in the chart above, no desert has a sustainable tornado threat because there is a lack of moisture. But on the flip side notice how even over the Amazon Rainforest –with lots of moisture, instability, and lift– has an almost zero chance of seeing a tornado –just like the Saharan Desert. Odd? Not really, we need ALL five ingredients to come into the play.

When talking about boundaries, we are talking about the area around the edges of two unique air masses meeting. To simplify explaining boundaries, we can make a generalization that air masses that are vastly different do not mix well and result in severe weather. If you have a warm and moist airmass moving into a hot and moist airmass, they will mix pretty evenly. However; if you mix a cold dry airmass, with a hot moist airmass, chaos ensues as the atmosphere likes uniformity and severe weather is a result of that 'imbalance' trying to be corrected.

Wind shear is simply just the difference in either wind speed and/or wind director with height and/or distance at a uniform height. Think of the turbulence you feel when standing in the median of a crosswalk with cars whizzing by on either side. The drag of the cars heading to the right and to the left create a wind to the right and a wind to the left. Because of the wind shear where you're standing from opposing winds, the wind is blowing in pretty much every direction. This is very much related to boundaries. As one air mass moves over a location to replace another, there is an inevitable wind shift. Before a big winter storm, it is common to have a warm southerly breeze. That is a warm moist airmass overhead. Then rain, then ice, then snow fall, and now you have a cold northwesterly wind. For that wind to shift directions, there had to have been wind shear at some point.

When referring to Figure 1, even though we acknowledged there are other parts of the world that experience tornadoes, remember, we need all five ingredients in enough quantity, enough frequency, and to occur all at the same time. To tie everything together, you must trust me on one thing, the reason the Central United States is the hotbed for tornadic activity is because no where else to all these ingredients come together quite like the Heartland.

Why exactly does the Central United States see this perfect storm –pun intended– of severe weather ingredients coming together?

Well there are a lot of simplifications, but even though all five ingredients aren't rare in nature, it is rare to have them all overlap the same vast geographic region. So, where are the LIMBS that get the U.S. severe weather season walking?

LIFT: Lift is pretty common, the entire U.S. sees at least some lift so the entire country is light green.

INSTABILITY: Instability is common, but meaningful instability that can lead to severe weather only really occurs east of the Rocky Mountains in the mustard yellow/green shade. Notice the geographic area where these two phenomena overlap is smaller.

MOISTURE: The darker forest green shows where the moisture/humidity from the Gulf of Mexico regularly surges north due to southerly winds that develop. Notice the geographic area where these three phenomena overlap is now even smaller.

BOUNDARIES: The blue line and the red line represent cold air from the north and warm air from the south. They regularly clash here, the warm air never really reaches beyond the Canadian Border, and the cold air never really reaches beyond the Florida peninsula. Meaning the Great Plains are a battle ground of two air masses that do NOT want to mix. Are you starting to sense how everything is starting to appear "just right" for tornado to spawn frequently in the Central United States?

SHEAR: As a byproduct of the cold air and warm air sloshing north and south during the severe weather season (late winter to early summer), winds will shift causing wind shear which is the final ingredient needed for severe weather. 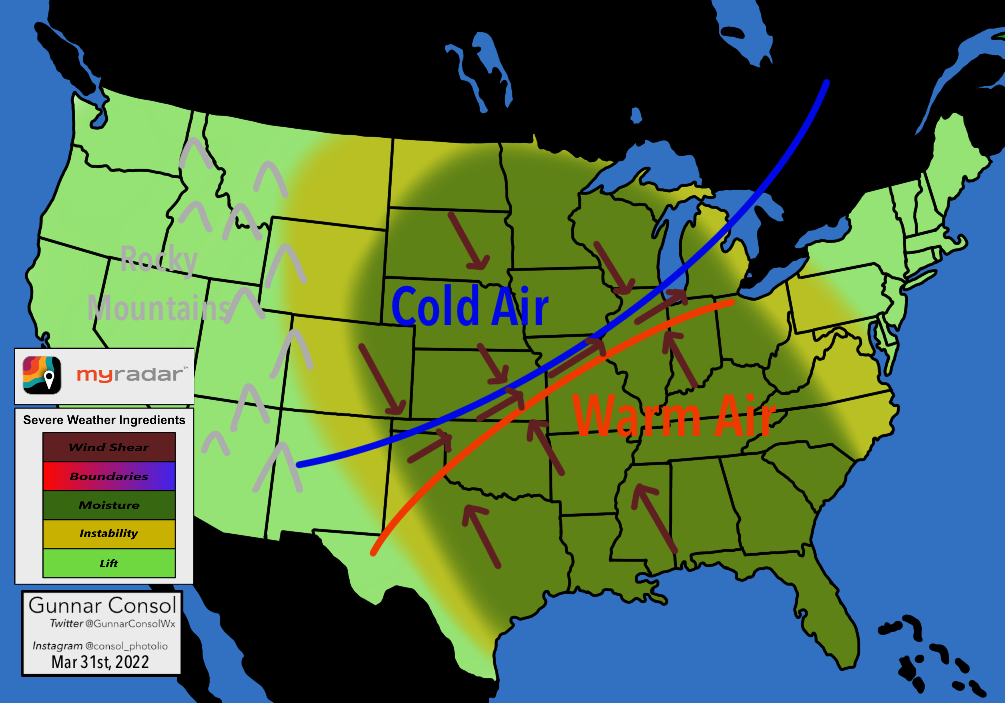 Figure 2: In-House Graph Showing All the Severe Weather Ingredients Over the United States.

Living in the Central United States means severe weather is a fact of life. Knowing how rare tornadoes are worldwide, it's mind-blowing to think about how common they are here in our backyard. I think understanding why they form here more than any other place in the world fosters a healthy respect, appreciation, and awareness that helps in us being weather aware.

So next time someone asks, 'Why is the American Heartland and Central United States the Heartbeat of Most Tornadoes" You can tell 'em why!