Weather flip-flop: How the Midwest will go from snow to seventies within a week

Even if you're not in the Central United States but rather anywhere in the eastern half of the country, you noticed a winter-like chill take hold over much of this week. But if you've stepped outside today, you've noticed it actually feels quite enjoyable. I am currently sitting outside writing this in my home base of Evansville, Indiana and temperatures are in the mid-70s and there's sunshine to spare. In fact, we can expect even warmer temperatures in the days ahead. That wasn't anywhere near the case as we started off this week.

We saw record lows broken in some parts of the Central U.S. and early season snowfall in parts of the Great Lakes region. Now, into the weekend we're expecting perfect boating, hiking, bike riding, or setting up a hammock weather. So how exactly did we inadvertently acquire these tickets for a weather roller-coaster?

How cold was it, and why?

For starters, many locations saw not only their first freeze of the season but also their first, second, and third freezes of the season all consecutively. We had an arctic chill grip over the Central U.S. bringing us freezing temperatures overnight Monday, Tuesday, and Wednesday.

As an example, let's look at the temperatures seen Wednesday morning –the last day of widespread freezing temperatures. 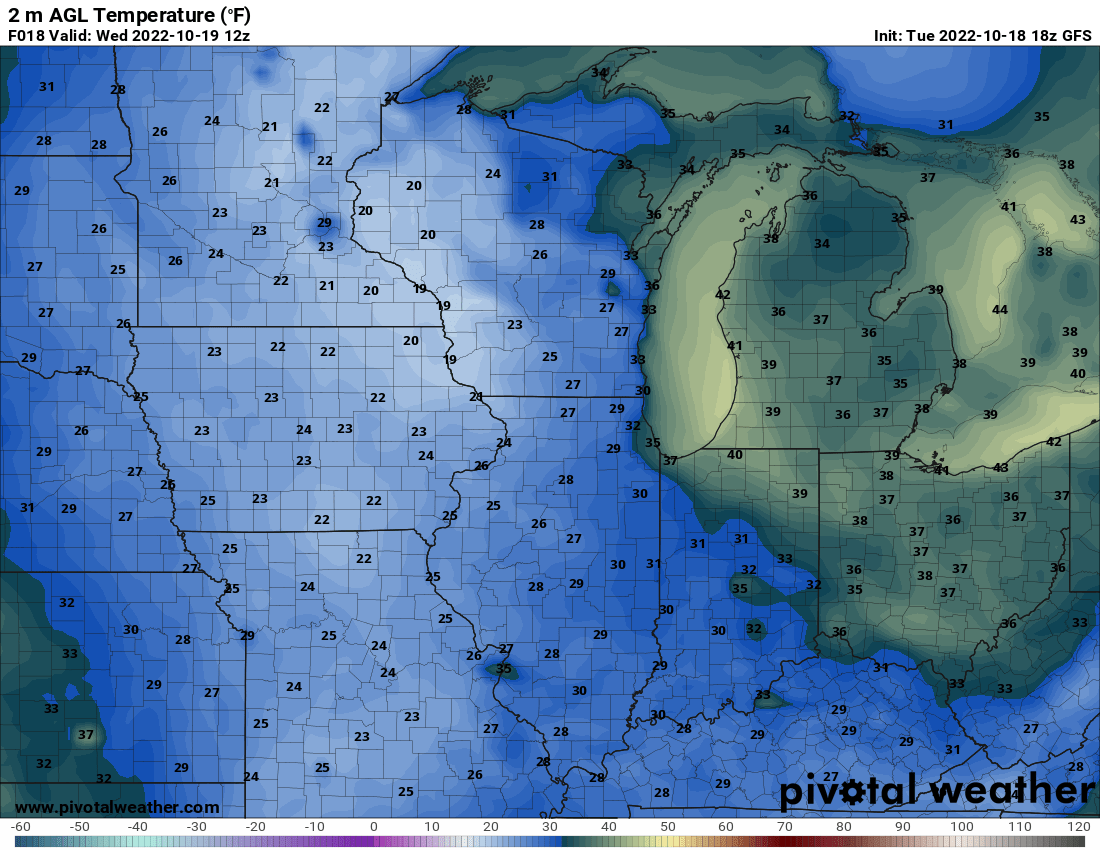 From Figure 1, you can see freezing temperatures followed this imaginary corridor from Minnesota to Kentucky. These temperatures were so cold that these mornings would've been considered average if we were in late November or early December. 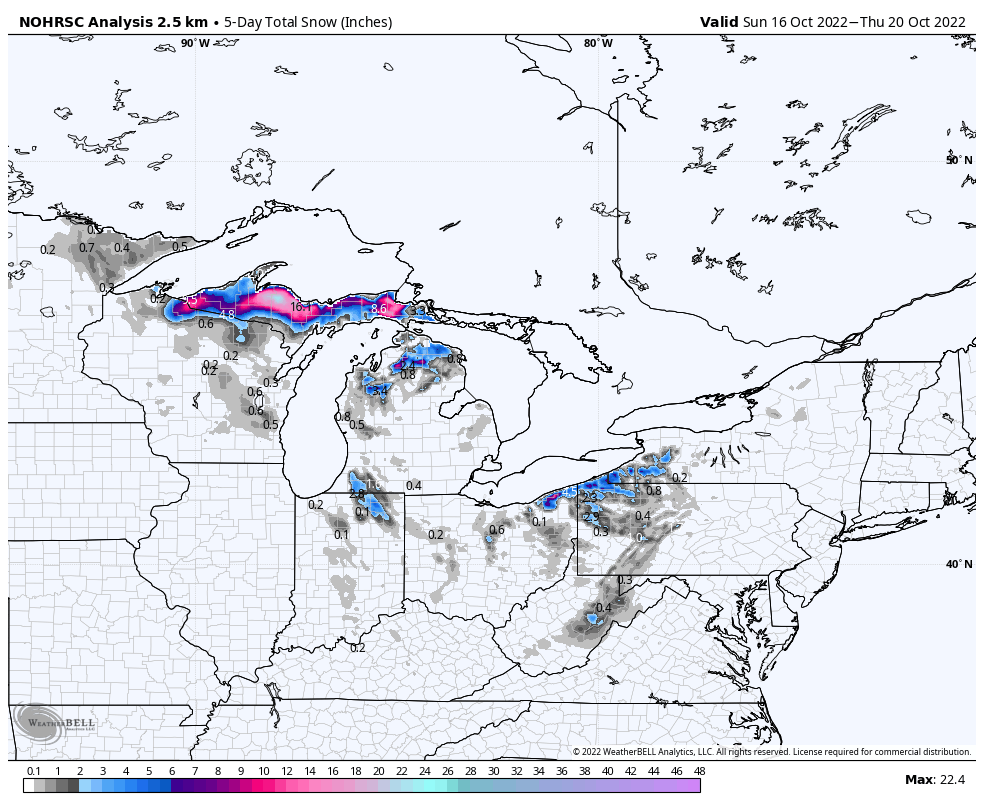 Not only did it feel a bit like winter, but it actually appeared to be winter with snowflakes being seen for the first time across much of the Great Lakes region in the Midwest. Figure 2 shows the 5-day observed snowfall totals from this past week. Snowflakes were seen as far south as Louisville, Kentucky!

The jet stream largely gets ignored a lot during the summer because it becomes insignificant, but gains importance during the colder months. The jet stream acts like the dividing line between cold polar air, and mild temperate air. With that said, we can point the finger to the jet stream for whose to blame for this recent cold snap. By looking at the upper-level wind speeds, we can determine the location of the polar jet stream (the annotated purple line). Because the polar jet stream acts like a dividing line between seasons, when it takes a dip over the Eastern U.S. we see a big time cool down. This was the case for the duration of the whole first half of the week. Cold air to the north of the jet steam (annotated blue circle) and warm air south of the jet stream (annotated orange circle). Above the top and bottom of the jet stream I drew purple arrows to show the direction these dips and peaks are traveling. This gives us a clue as to what is to be expected in the coming days.

How warm will it get, and why?

The last paragraph I wrote probably gave it away, but it's the movement of the jet stream that will cause a big time warm up for the weekend here in the Central U.S. What goes around comes around, as they say. So, how warm will it get? Well today and even in the coming days, we can expect widespread 70s and even 80s in some spots across the Heartland. 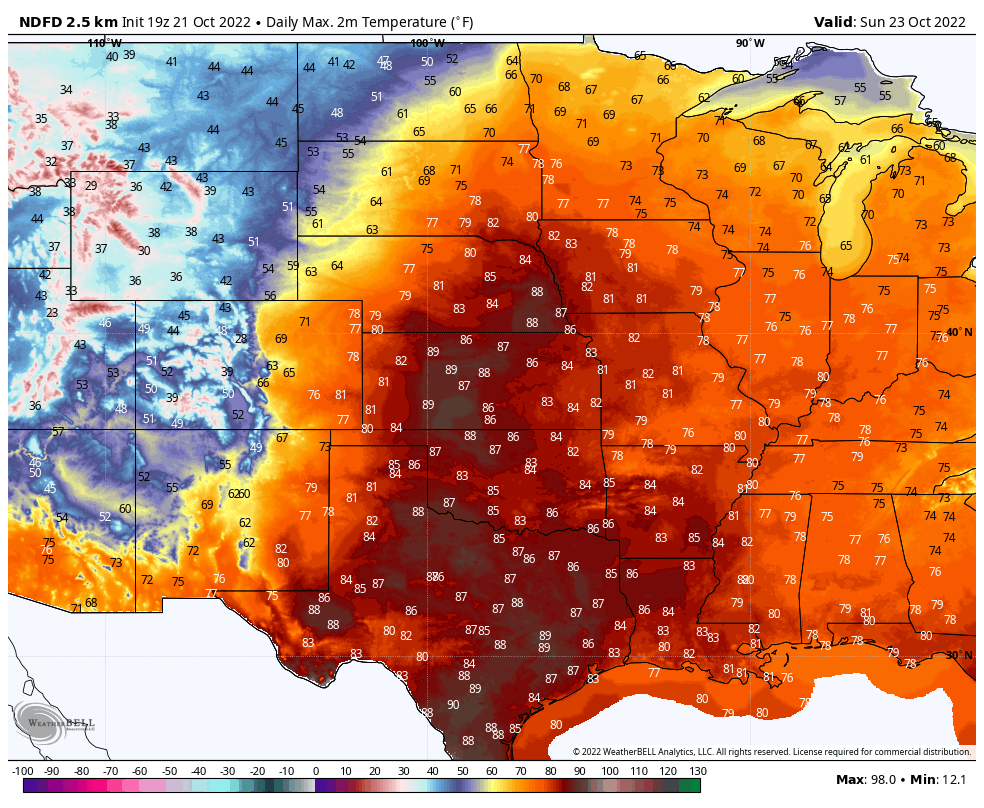 Figure 5 does a really good job of showing that dividing line between hot and cold. You can basically draw a line from central Colorado northeast into North Dakota and do a good estimation of where the jet stream is.

So enjoy the warmth this weekend while it lasts, because as things move in the northern hemisphere (west to east) that cold air in the west is eventually going to make its way back into the region sometime next week.