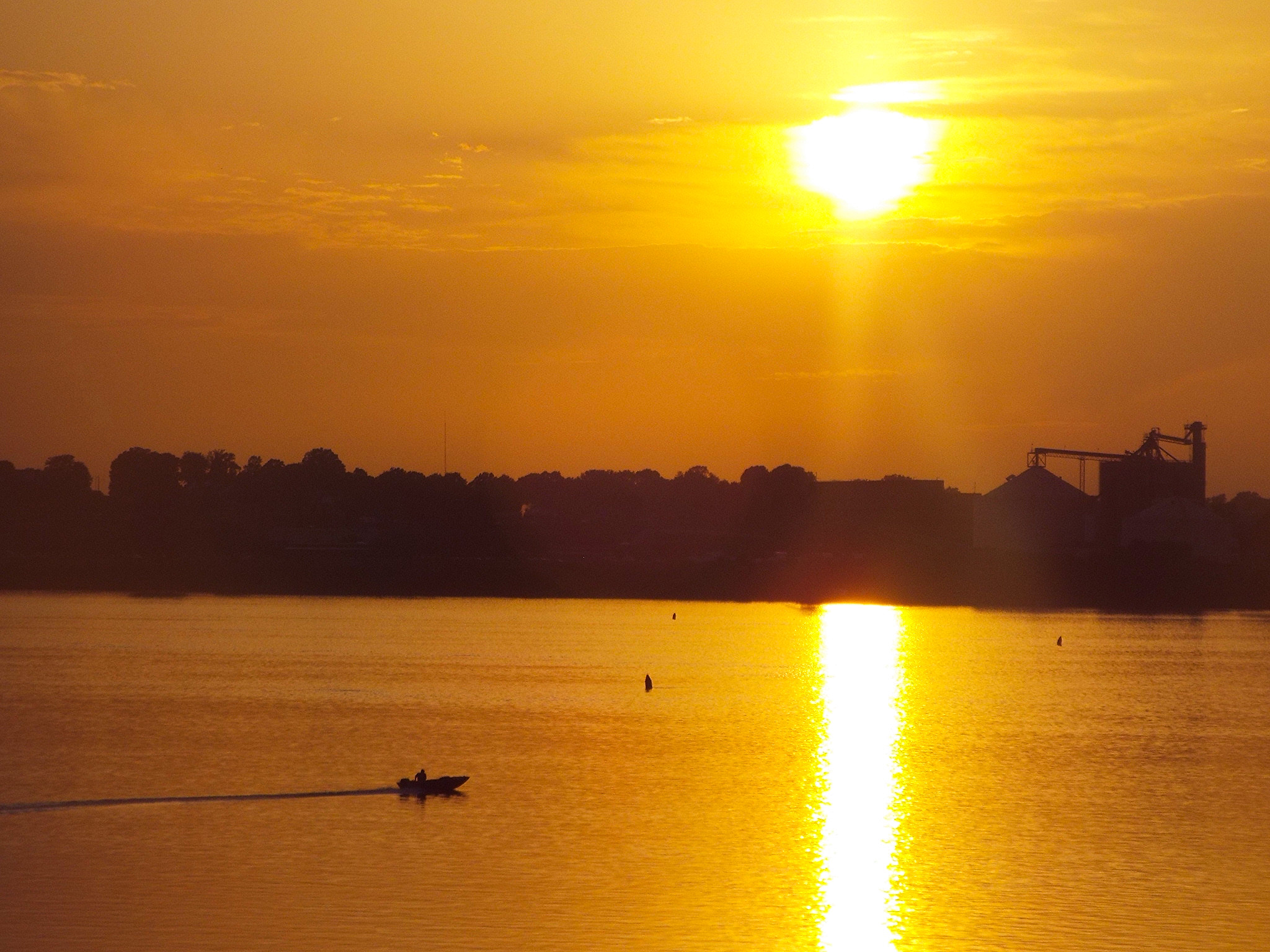 Heatwave Waning over Central US after Shattering Records Day & Night

If you live anywhere in the Midwest, you have certainly felt the furnace cranking over the Central United States so far this week. Even though the heatwave is still gripping the region today, its intensity is diminishing and is soon set to give way to more seasonable temperatures in the next few days. So what exactly have we endured these past few days?

Here in the Heartland we've seen:

Let's dive into each just a little bit to recap for us what happened, and to educate those outside the region to just what we had to endure this week.

What people may not realize, one phenomenon that can exacerbate the threat of heatwaves is just how much cooling doesn't occur overnight. Many people may not have access to air conditioning. Some people may just not have sufficient air conditioning to effectively cool off their living space in this kind of heat. The nighttime is when windows can be opened or air conditioners can catch up before things warm up again the following day. The problem with some heatwaves and especially this heatwave, is that temperatures weren't dropping significantly during the night. This means living spaces aren't cooling down as needed, and increases the potential for heat exhaustion and heat stroke for that space's inhabitants the following day. Each day, the home heats up, can't cool down to the night before, and progressively gets hotter each day of the heat wave.

Here in my home base of Evansville, Indiana, we not only saw low temperatures in the ballpark of the average high for this time of the year, but we also broke daily overnight high low temperature records. Forget daily records, we even tied the all-time hottest overnight low for the month of June on Tuesday morning. The official reading for Tuesday at KEVV airport was an overnight low of 81º. This has only been reached in 1909 and 1931 before this year.

In the animation below, take a close look at these OVERNIGHT temperatures (yes, overnight!). Follow the record heat (stations breaking an overnight high low are enclosed in a square) from Tuesday morning to the forecast for tomorrow morning. The overnight heat is definitely dwindling but not without cranking region wide earlier this week.

Like stated previously, overnight heat is a lesser-spoken dangerous component of a heatwave. But the real beast endured during heatwaves is the afternoon high temperatures.

In the animation below, you can see the afternoon highs (with record temperatures circled) from this past Monday to today. Plenty of daily records were broken this week, and some stations it even occurred daily. Here in Evansville, we shattered overnight and daily records for about three days in a row! Not the hottest we've ever been, but for this time of the year this kind of heat is unprecedented which explains the round of records being shattered.

The evolution of the heatwave from the northern plains to the eastern half of the Midwest is a little more obvious than the overnight low temperatures above. By the trend, you can see the heat is on the way out fortunately, but not without causing us to break a sweat.

Now record breaking high temperatures are a beast in and of themselves; however, the thing that made things even worse was the surge of humidity. This dangerous combination of record heat and high humidity has created scorching conditions for much of the Midwest. This is why we've experienced excessive heat warnings for the swath of the Midwest almost exclusively in the Illinois-Indiana-Ohio corridor. Almost all of these excessive heat warnings and heat advisories in effect now will expire by this evening. This is because Friday is the first day heat index values aren't expected to reach warning criteria for the first time since Monday. 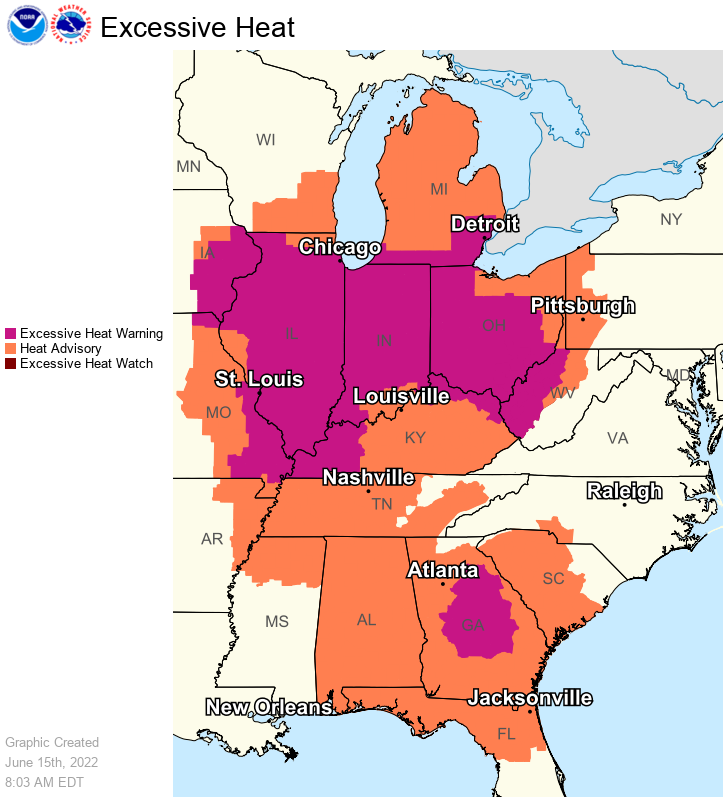 In the animation below, you can see the experienced heat index values each afternoon from Monday to today. Here in southwestern Indiana, we've seen heat index values surge above 100º every day since Monday. The highest values being Monday when we saw "feels like" temperatures beyond 110º! Despite the heat being experienced region wide, the dangerous heat index values have been almost exclusive to the eastern half of the Midwest.

Due to hot stagnant air, air quality has also been an issue region wide. Primarily because hot sinking air caused by high pressure allows air pollution, car exhaust, and factory smoke to collect at the surface and promote ozone formation which is a dangerous compound when inhaled. It made for great sunsets, but during the day, blue skies gave way to a milky haze. Air quality was so poor that being outdoors for 6 hours was the equivalent to smoking half a cigarette here in the Ohio river valley.

Below you can see the surface PM 2.5 (airborne particles that are 2.5 microns or less in width) concentration is abnormally high over the eastern Midwest. The image below is just for today, but the concentrations of air pollution at the ground have been lingering all week long. Fortunately as the heatwave comes to an end, air quality will improve as a milder and cleaner air mass moves in by this weekend. 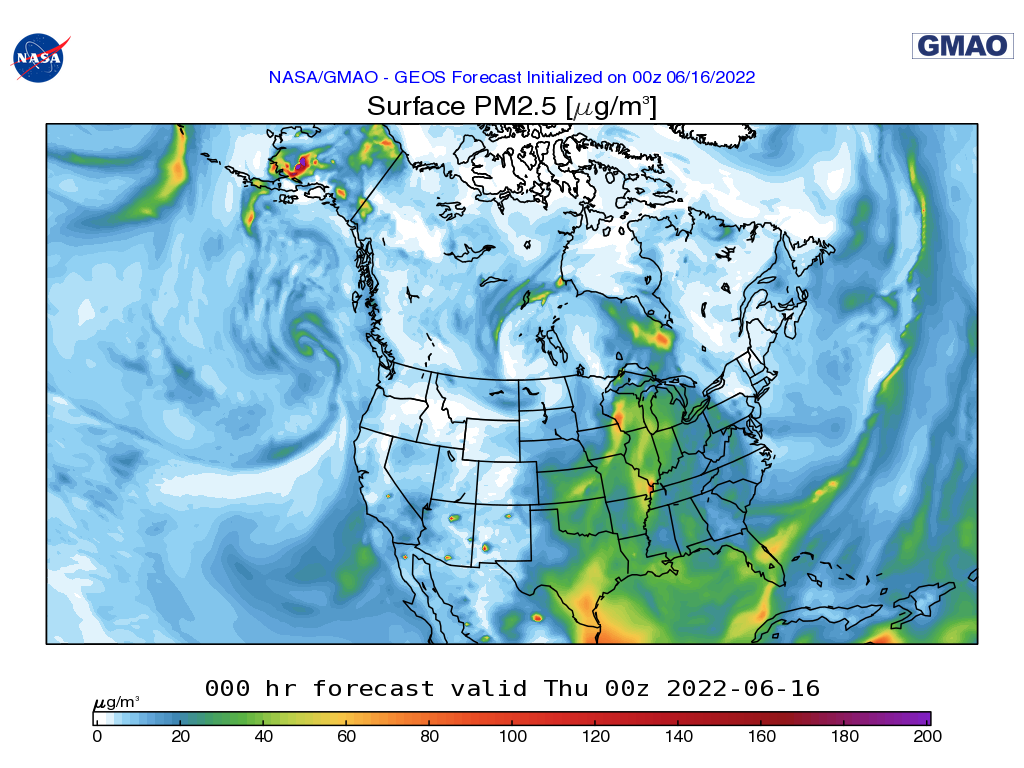 The good news is is that as we crawl toward the weekend, we can expect some relief temperature-wise. However, you ought to enjoy it while it lasts because another heatwave is set to grip the region yet again by the start of next week! Just take a look –if you dare– at the temperature outlook for the middle-to-end of next week... yikes!