After a hot June and July for the Central US, a cooler August has us wondering when fall weather could be in store.

Believe me, no one is more excited for the heat of the summer to wane. Summer is nice don't get me wrong. But if I'm not at the beach, I'd much rather have cool fall-like weather in my day-to-day life. Now, it may seem like I'm getting ahead of myself by talking about the chilly fall weather when we're still in the middle of August. BUT after a scorching and humid June and July, the recent milder weather in the heartland has us realizing actual fall weather is not too far away.

Below is the observed temperature anomaly for the 60-day period spanning from May 27th to July 26th —a particular span of time that was exceptionally hot for the Central United States. You can see, the Great Plains especially Nebraska saw the absolute warmest conditions. 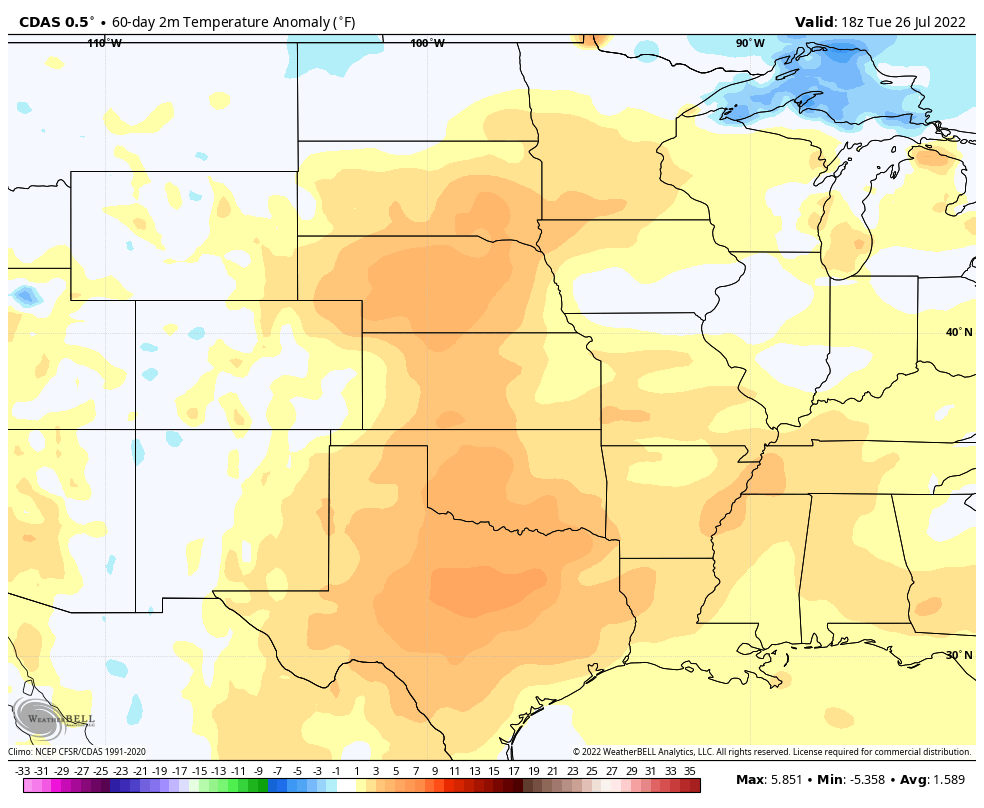 Now based on this color table, you can see most of the Central United States observed temperatures ranging between 3-10º above average. Which doesn't seem exceptional, but remember how averages work. It's a lot harder to deviate from average the longer the sample size spans. This is because the extremes highs and extreme lows are diluted by the many near average temperatures that occur much more frequently. Recall during this period, my home base of Evansville, Indiana saw it's first 100º temperature since 2012 with a temperature of 101º! During the first five days of July, conditions were 10-15º above average for the Ohio River Valley. So, for a 60-DAY time series, seeing the observed temperatures still be this much above average is a telling sign that it was a HOT summer.

It's been a hot June and July no doubt. But August has actually surprised us all in the breadbasket. Finally, the persistent ridge cooking the center of the country has backed off and allowed some cold fronts to push through. As a result, temperatures in the Central United States have been mild. Here in southern Indiana, our average high temperature for August —so far—is in the low 80s when our average high is in the upper 80s. Below is the observed average high temperature for the entirety of the Central U.S. for early August. The mildest locations centered in the eastern Central U.S. especially around the Great Lakes region. 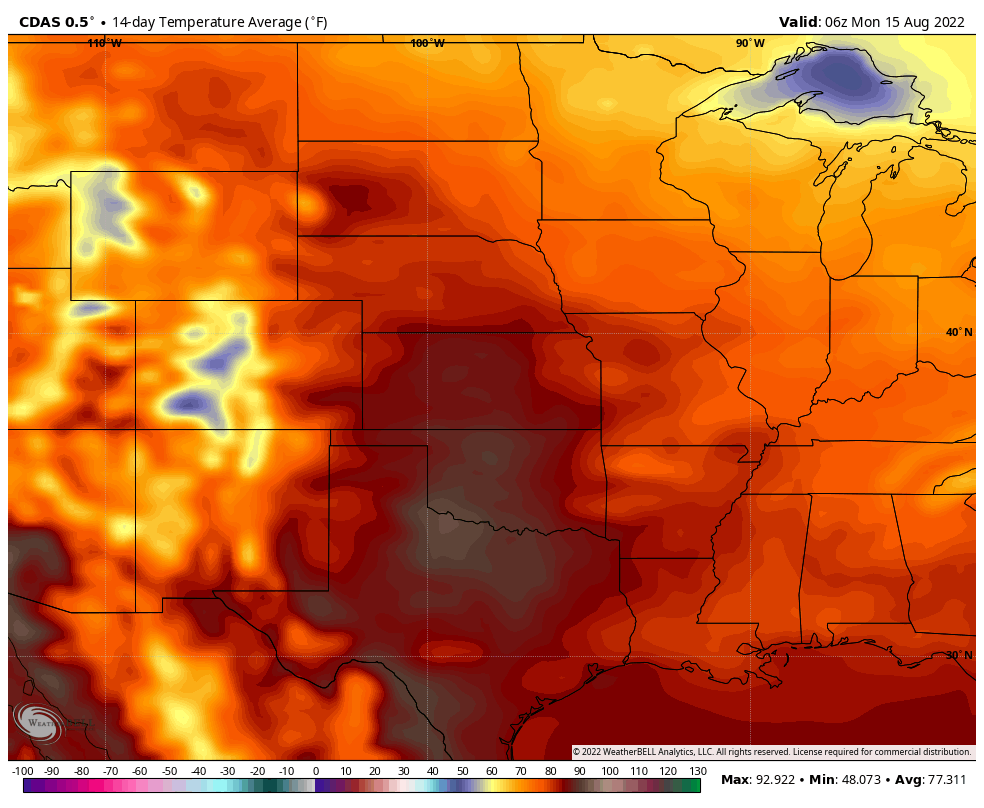 When you think about it, these temperatures are quite impressive. They're more on par with the expected high temperatures for mid-September and not mid-August. In fact, I heard many people referring to these past few days as a sneak peak of some fall weather. And this pattern doesn't seem to be changing quite yet. We can expect the next week or two to remain below average for most of the Central U.S. Below you can see the Climate Prediction Center's outlook for the next 6-10 days.

After an absolutely scorching summer, the recent and expected future milder weather has put many of us in the fall spirit and got us wondering when we could see even cooler temperature. Below is a graph showing the average date of the first freeze for the United States and Canada. 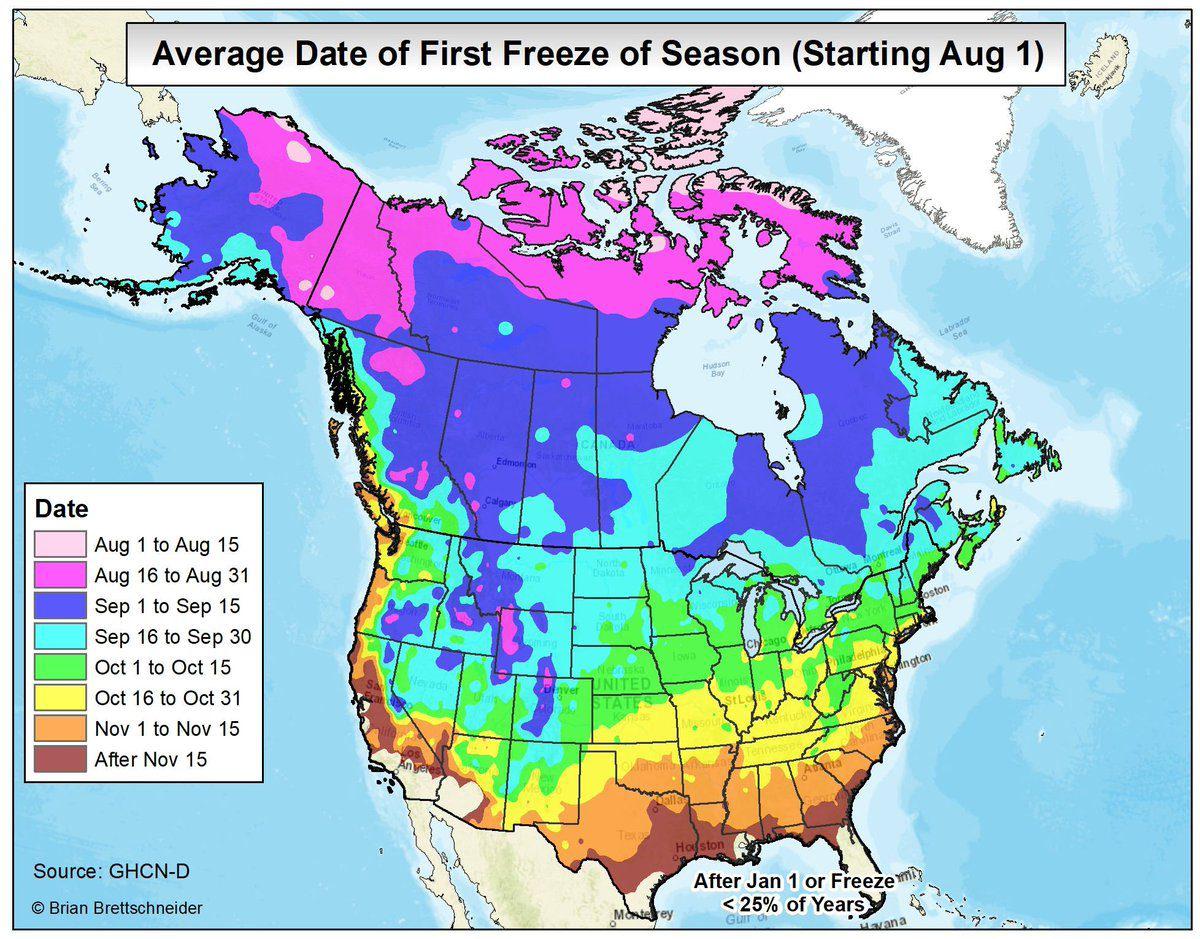 Figure 4: Average Date of First Freeze (Overnight Temperature at or below 32ºF)

So for anyone craving some fall weather, climatologically speaking we can expect our first freeze from mid-September to mid-October depending on whether you're in the northern or southern portion of the Central United States. Keep in mind, we'll notice the fall-chill in the air far earlier than the first freeze because even lows in the 40s and 50s will signify fall weather has returned! It's not too far fetched to say that within the next month you will step foot outside one day and say "it actually feels like fall."

This means, if these below average conditions persist long enough it won't be too long until it's sweater weather and bonfire season yet again.

Side note: Figure 4 was produced by Brian Brettschneider. Unlike many of the sources that I use which are proprietary or from government sources, Mr. Brettschneider is a climatologist who produces so many quality and informational maps unlike any that you'll see anywhere else. I highly recommend you follow him on Twitter: @Climatologist49.