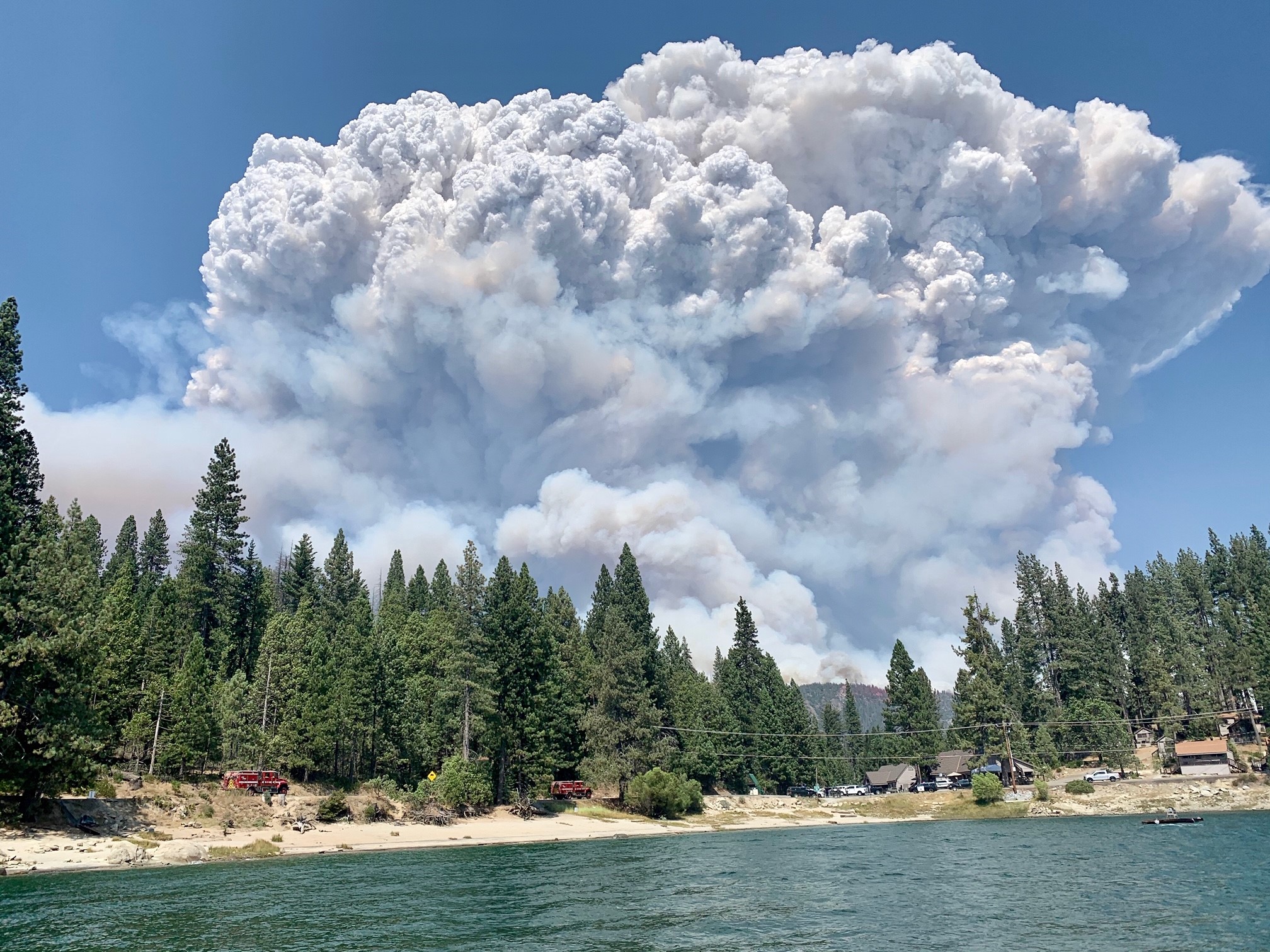 The Fascinating Science behind Fire Clouds

An enormous fire whirl was just visible moments ago on the #DixieFire with very extreme fire behavior ongoing on the fire. #CAwx #CAfire pic.twitter.com/SscXcsD6dW

Pyrocumulus clouds form when wildfires superheat the air at the surface which then begins to rise into the atmosphere. This hot and buoyant air ascends into the cooler atmosphere above carrying water vapor, smoke, and ash before it condenses into a cumulus cloud.

Pyrocumulonimbus clouds bring a whole new level to wildfires creating their own weather. While pyrocumulus clouds can create brief fire whirls and even weak fire tornadoes, pyrocumulonimbus clouds can become full-fledged supercell thunderstorms with the potential to produce strong, borderline violent tornadoes. The most extreme example of this was seen with the Carr Fire in California in 2018. On July 26 the Carr Fire produced a long-duration EF3 fire tornado with winds over 140 mph that stayed on the ground for 30 minutes.

The tornado caused severe damage, completely debarking trees, mangling high tension powerlines, and even causing ground scouring which is typically only observed in violent (EF4+) tornadoes. The tornado impacted residential areas of Redding, CA and tragically 3 people were killed as the fire tornado's winds caused their home's walls to blow out which resulted in the roof collapsing.

Fire clouds can also help create full-fledged thunderstorm outbreaks completely by themselves. This was most incredibly witnessed last June and July during the historic 1-in-1000-year Pacific Northwest heatwave. Dozens of rapidly spreading wildfires were sparked across British Columbia which began producing pyrocumulonimbus clouds which generated one of the most incredible fire-generated lightning outbreaks ever observed. Over 700,000 lightning strikes were produced by the fire-generated clouds in one night which then sparked dozens of new fires. Essentially this caused a self-perpetuating outbreak of wildfire across British Columbia as wildfires generated new wildfires through the lightning strikes produced from their pyrocumulonimbus plumes. Truly mind-boggling stuff.

One of the most insane pyroconvective events witnessed during the satellite era is currently occurring across British Columbia.

With severe drought already gripping much of the West, expect to see an increasing number of fire clouds looming above wildfires later this summer and fall as wildfires burn hotter, larger, and more frequently than ever before.