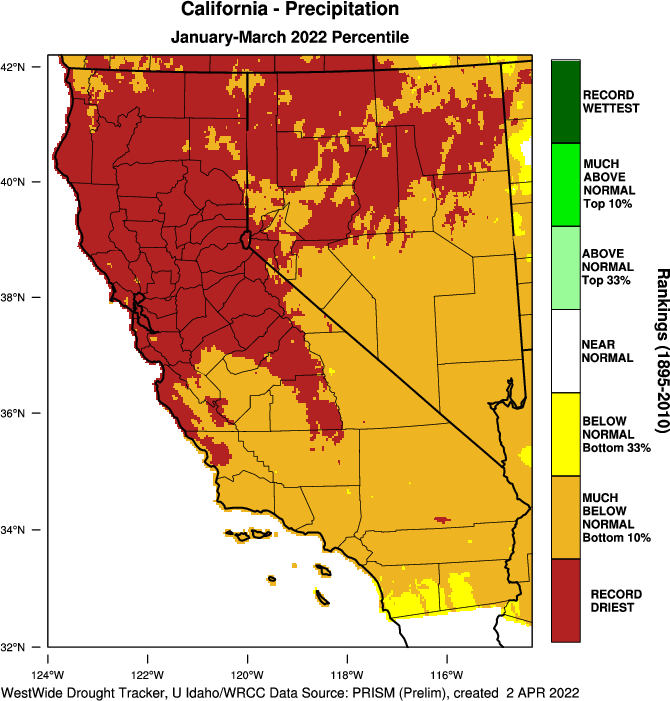 Water year 2022 began last October with the state reeling from another summer of severe wildfires and extreme drought across the state. Recent autumns have been bone dry in California, but October 2021 proved to be the polar opposite as multiple rounds of storms slammed the state. The most notable of these storms was an extreme Category 5 atmospheric river, nicknamed "Bombtober" that slammed the state a week before Halloween delivering record rainfall to Northern California. The state capital Sacramento recorded its single wettest day in its history recording a whopping 5.41 inches of rain. Additionally, the storm was rated a 9.7 out of 10 on meteorologist Jan Null's Bay Area Storm Index making it the third strongest storm on record to hit the Bay Area since 1950. By the time October 2021 was up, it was officially the 4th wettest October on record (since 1895) in California. 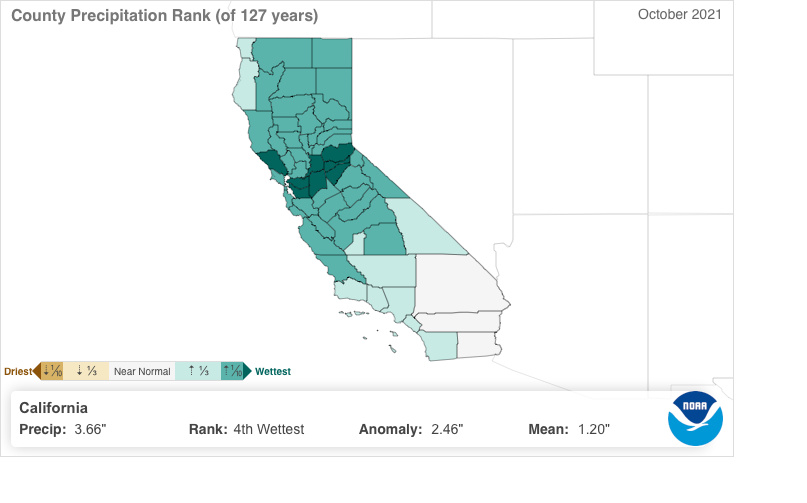 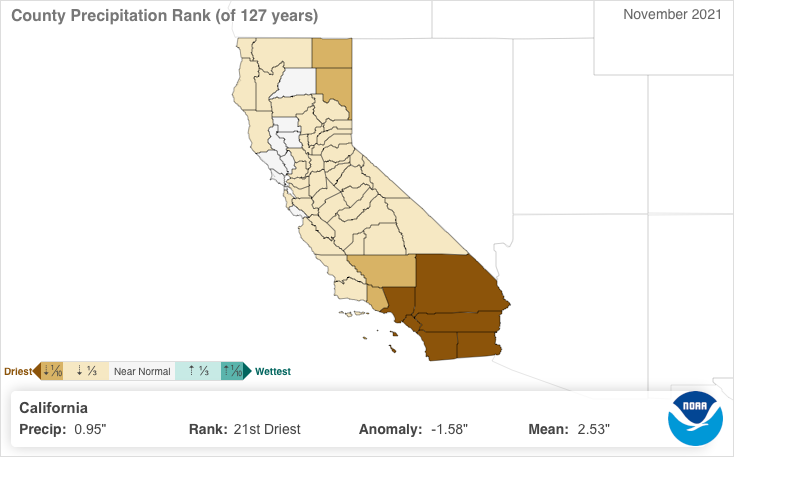 December rolled around and the state experienced another shift from extremely dry to extremely wet. From mid-December, the state was pounded by a parade of colder storms and atmospheric rivers. Snow totals in the Sierra Nevada in December were truly remarkable with the Central Sierra Snow Lab near Donner Summit recording 214 inches of snow or nearly 18 feet. Down in Southern California, Los Angeles County recorded its third wettest December on record just after experiencing its driest November on record. By late December much of the state was already closing in on its average yearly rainfall even before historically the three wettest months of the year (Jan, Feb, Mar). But, no one knew the unprecedented dryness California would face in the next 3 months. 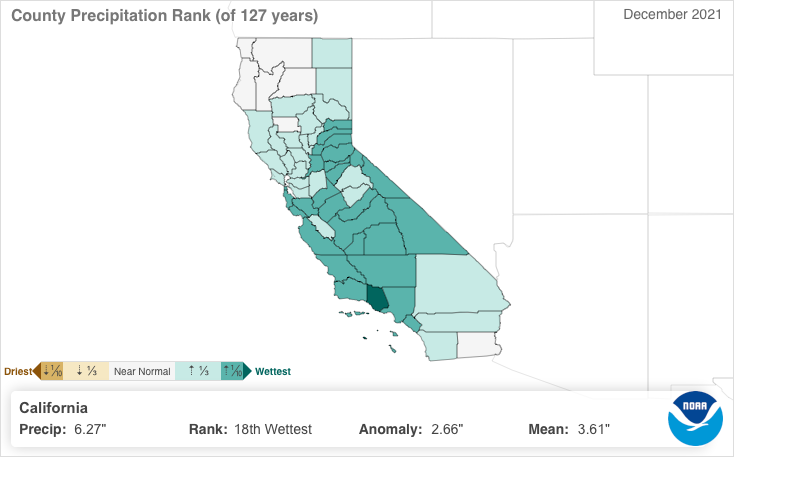 In January the pendulum swung back to record dryness and it has yet to swing back the other way. The lack of precipitation California has seen since the new year began is simply unprecedented in our recorded history. For example, in the Northern Sierra Nevada, the wettest area which averages nearly 100 inches of rain a year has experienced 4 feet less precipitation than normal and has experienced less than 10% of normal precipitation. 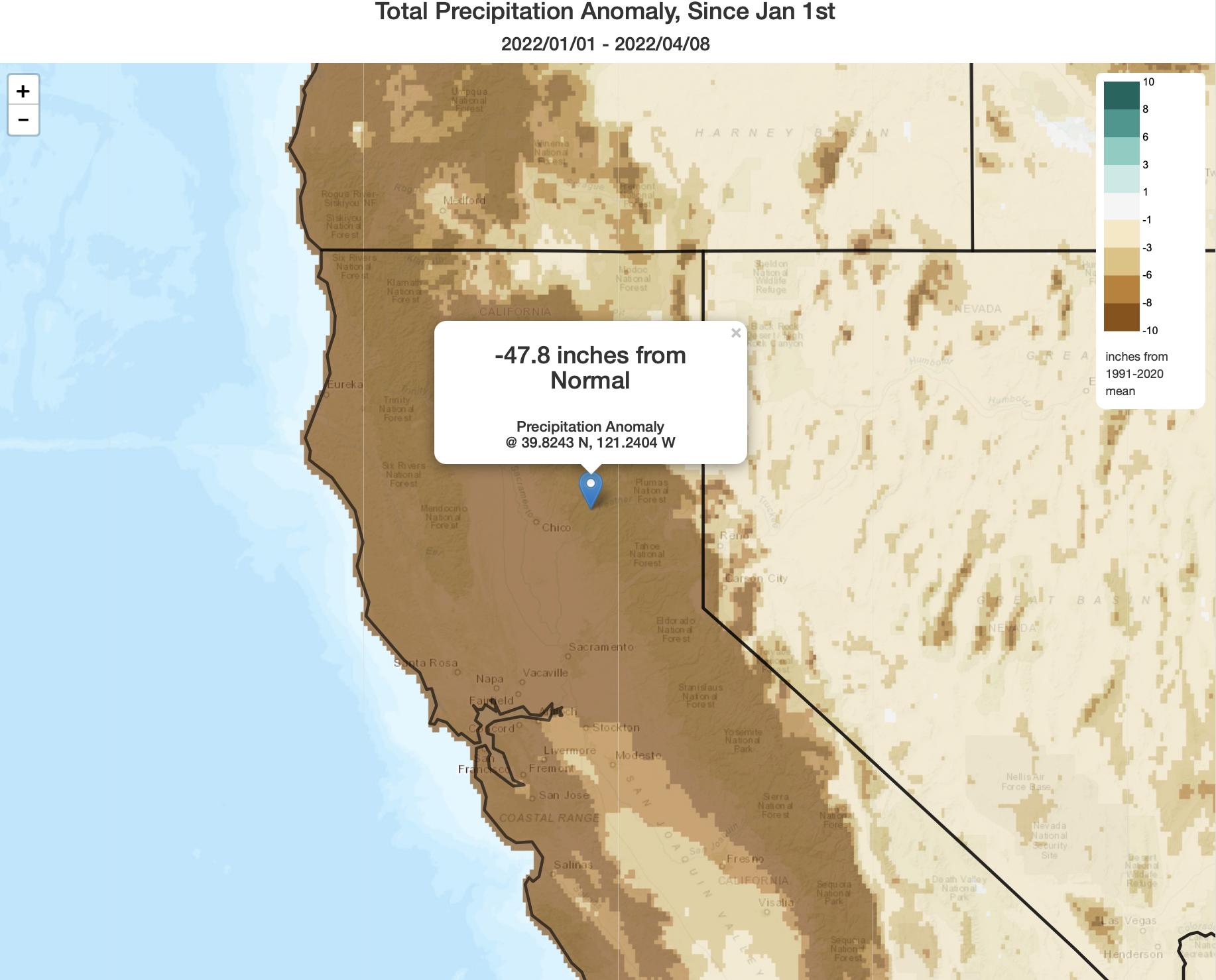 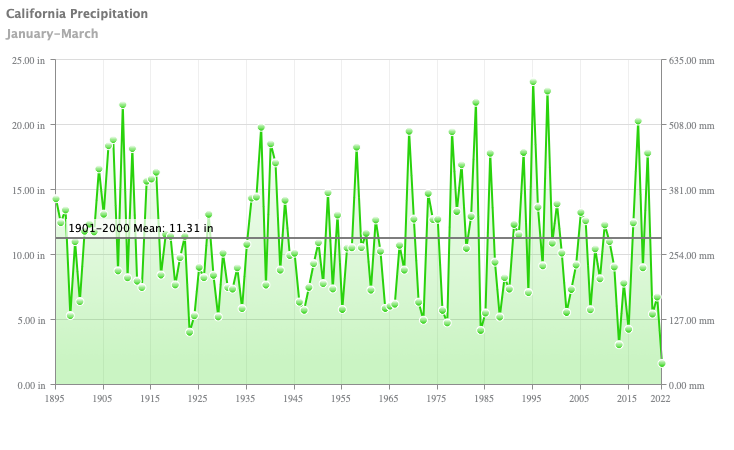 Water Year 2022 has been a year of extreme precipitation shifts and a prime example of "precipitation whiplash" fueled by climate change. From record dry in October to record dry in November, then back to record wet in December before shifting to 3 months of unbelievable dryness. By January 1 it was almost impossible that California would not see at least normal precipitation for the year, but as it stands today California will see a third consecutive year of below-average precipitation.

The past six months in California have been a small window into the future of extreme precipitation events and climate extremes in the state.