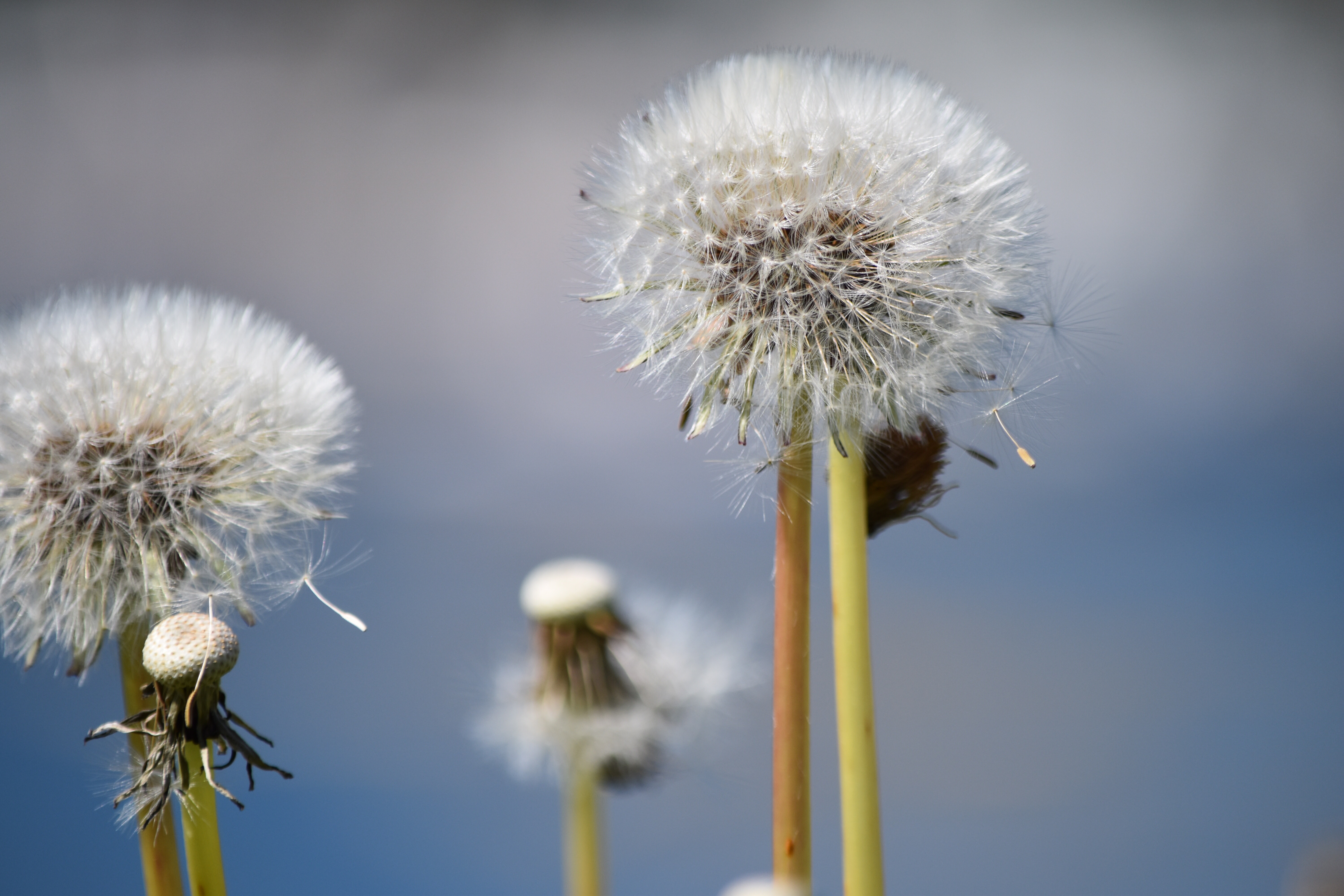 Oh Yes, It's Allergy Season in the Northeast

It's the affliction that strikes over 60 million people across the United States every year, but most notably in March, April, and May. Allergies cause outdoor activities to become irritating, the common cold to become undistinguishable, and calm faces to become redder than Rudolph's nose.

So, what is the cause of this recurring phenomena, and why is the weather a crucial factor in its severity?

Seasonal allergies are caused by "inhaled allergies" — the most common allergy group that there is. This condition is named accordingly: small particles of certain substances travel through the air and into the throat and nostrils of an individual, quickly causing irritation.

Some common examples of these allergies include pet dander and dust particles. However, when outdoors, two different groups are at fault.

The first type of allergen is infamous pollen. It is what everyone thinks of when allergies roll around, yet few people know exactly how large its scope is. Pollen forms on many plants with the purpose of spreading for the plant's reproduction. This means that many types of grass, flowers, and trees produce billions of grains of pollen each season for their own survival; not with malicious intent. 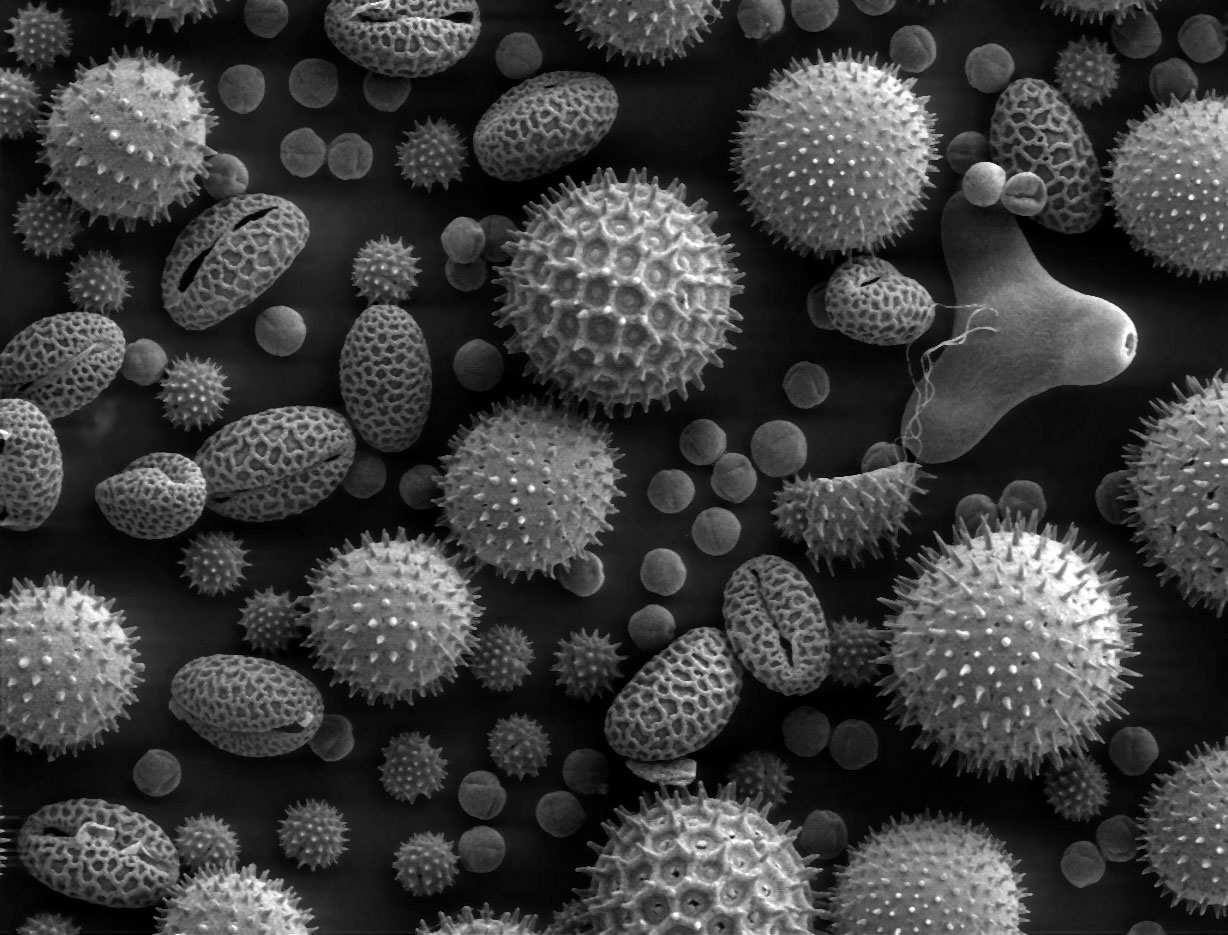 The second of these allergens is, less known to many, fungi. More specifically, mold and mildew can produce allergies that last over the spring, summer, and fall. That is because these fungi are located almost everywhere outdoors, whether it be on houses, rocks, or even plants, and spread by releasing spores into the air. They ultimately have the same irritating effect on the human body as pollen once they are inhaled.

Seasons play a crucial role in when each type of allergen comes to be. Because there are no trees, flowers, or grasses growing in the winter, allergies are the least of concerns for many Northeast residents.

However, once the spring arrives, it's an allergic frenzy. As new plants sprout, trees regain their leaves, and flowers bloom, pollen becomes vital to the species' spread and reproduction in peak season. This carries into the summer for some species, like grass, and even the fall for late-blooming plants. A diagram depicting the cycle of allergens through each season. Winter is normally a welcomed break for allergy suffers. Image Credit: Verywell

Now with that understood, it's not a matter of why plants produce pollen, but how they spread it.

Bees, insects, and animals are the primary pollinator for many types of plants. These plants have evolved to have their anthers — the organ responsible for pollen — deep inside of the flowers next to the nectar.

However, for many other types of vegetation, the primary pollinator is the wind.

The evolution of these plants has led to flimsy, exposed anthers that are easily affected by the breeze. This allows the pollen to fly freely throughout the air, eventually landing on the buds of other plants. It is the same science that dandelion "puffballs" use to spread their seeds. An example of wind pollination in Helotes, Texas can be seen below.

Windy days can be brutal for allergy suffers, as much the plant's pollen is distributed throughout the entire local environment. One of the most notorious plants for allergies, Ragweed, is a wind-pollinated plant. In one season, a single Ragweed plant can release one billion grains of pollen into the air, according to Web MD.

At the same time, rain is an important meteorological factor in allergies. While it can clear the atmosphere of allergens, it also can cause more pollen particles to be released from plants.

Without rain or wind, pollen can build up on vegetation for days on end, creating a perfect sneezing storm for a day when the weather decides to turn. Or, when someone just gives a tree a shake, such as this case in Millville, New Jersey.

While found across all of the United States, these allergens seem to heavily affect those in the Northeast. In fact, six of the worst ten locations for allergies in the U.S. are located in the Northeast or Mid Atlantic, according to the AAFA. This includes #1 on the list: Scranton, Pennsylvania.

So, why is it so bad in this part of the country? 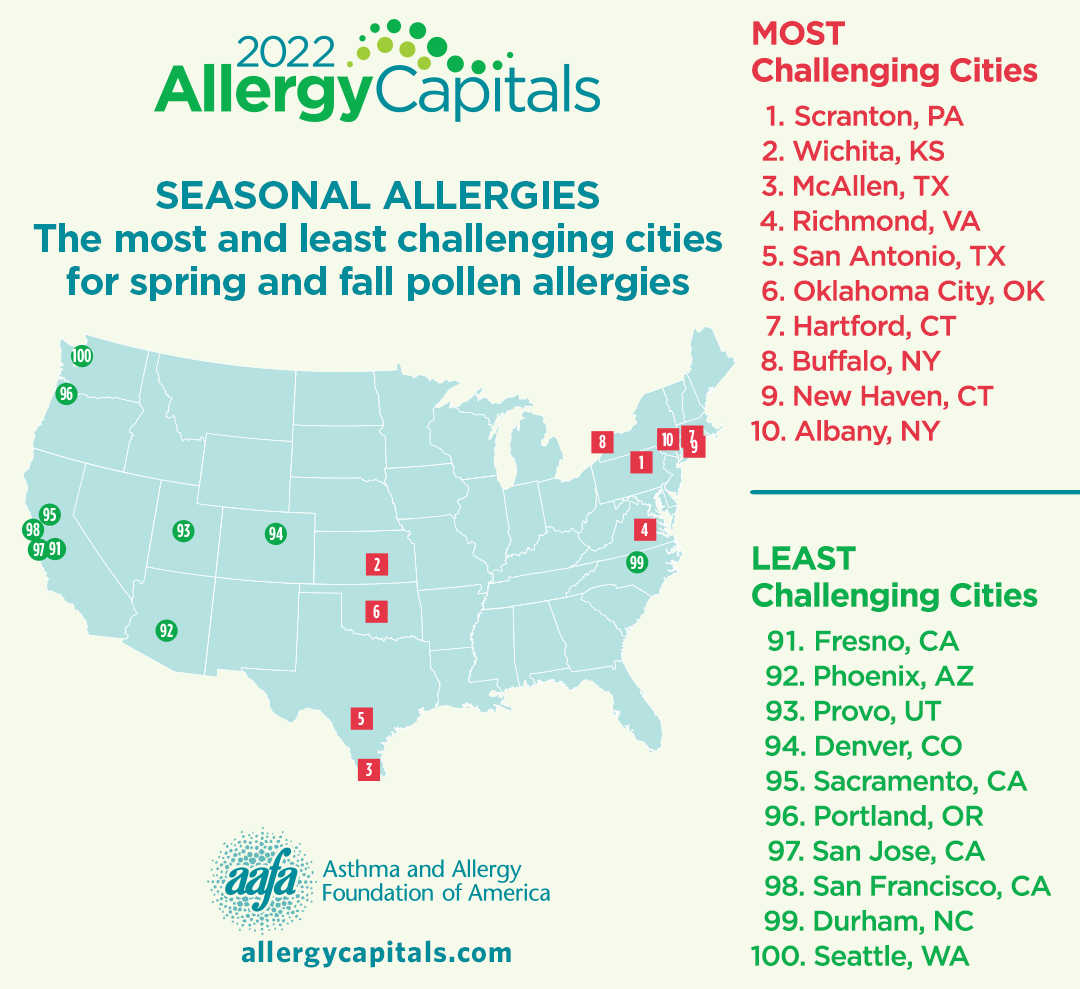 A diagram showing the worst and best cities for allergies across the United States this year. Many of the worst areas are centered in the Northeast, while many of the best cities are in the West. Image Credit: Asthma and Allergy Foundation of America

One culprit is the Northeast's four full seasons. This gives all the vegetation a distinct time of when to bloom; it is a time that many plants follow together. When spring rolls around, the pollen comes in a unified surge.

The Northeast is also home to many types of trees that are high pollen producers, such as pine, juniper, and oak. Furthermore, the Northeast consistently sees wind and rain in the spring months, allowing allergens to be periodically released.

Outdoor allergies have been brutal so far this year, and are expected to remain above average for the 2022 season. This is because a moist weather pattern will prove conducive for allergy-producing plants. 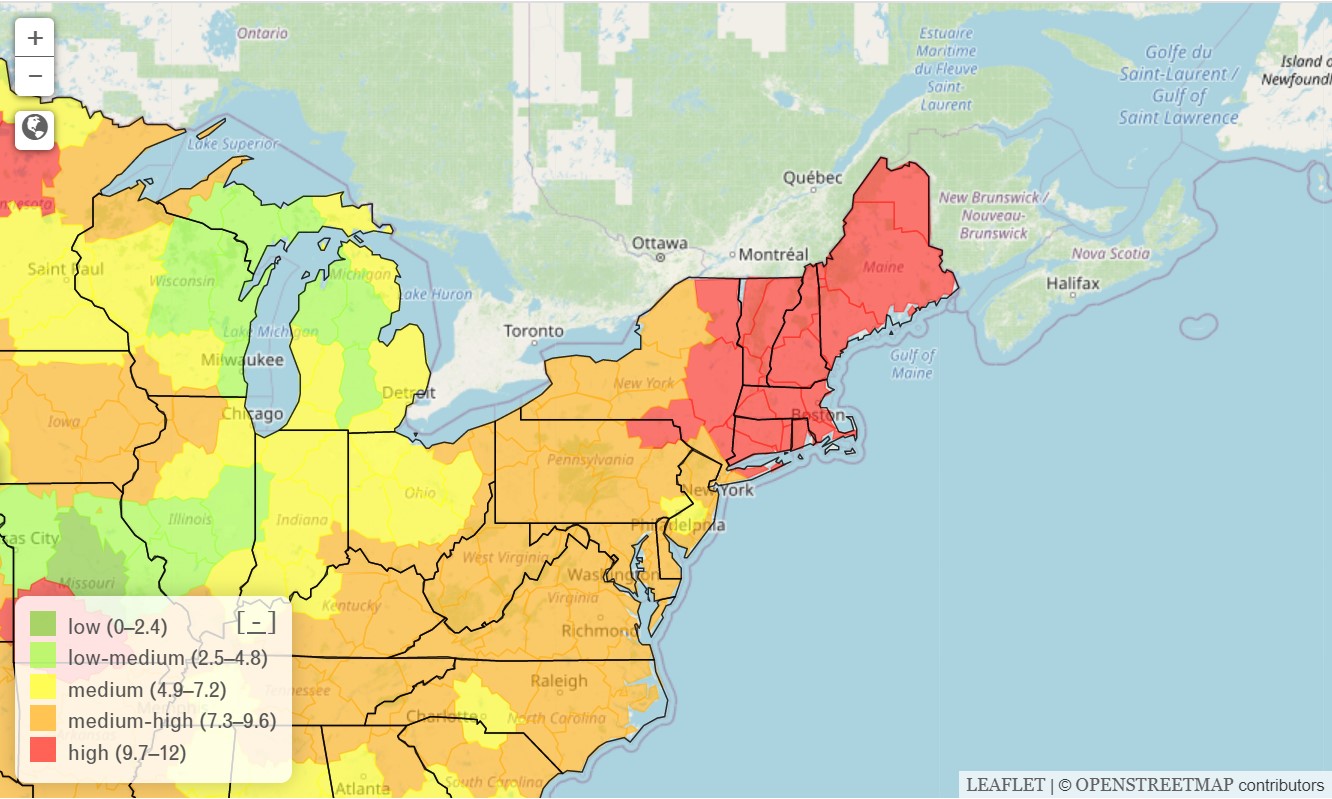 An allergy forecast for May 18th, 2022, showing much of the Northeast facing high allergy levels. Image Credit: Pollen.com

However, if you feel that the allergy forecast reads "above average" every year, you're not mistaken. Average trends in allergies are increasing, and it can be traced to climate change.

As more CO2 resides in the atmosphere, plants may become more numerous as they utilize this gas for respiration. In addition, warmer temperatures create better environments for these plants to grow. The same warmer temps will also lead to milder winters, which in turn create a longer blooming season.

Where these effects will be most prominent is a difficult question, as climate change will lead certain areas to become drier or wetter, windier or calmer, and more.

It's safe to say that the sneezes, both now and later, aren't going anywhere.